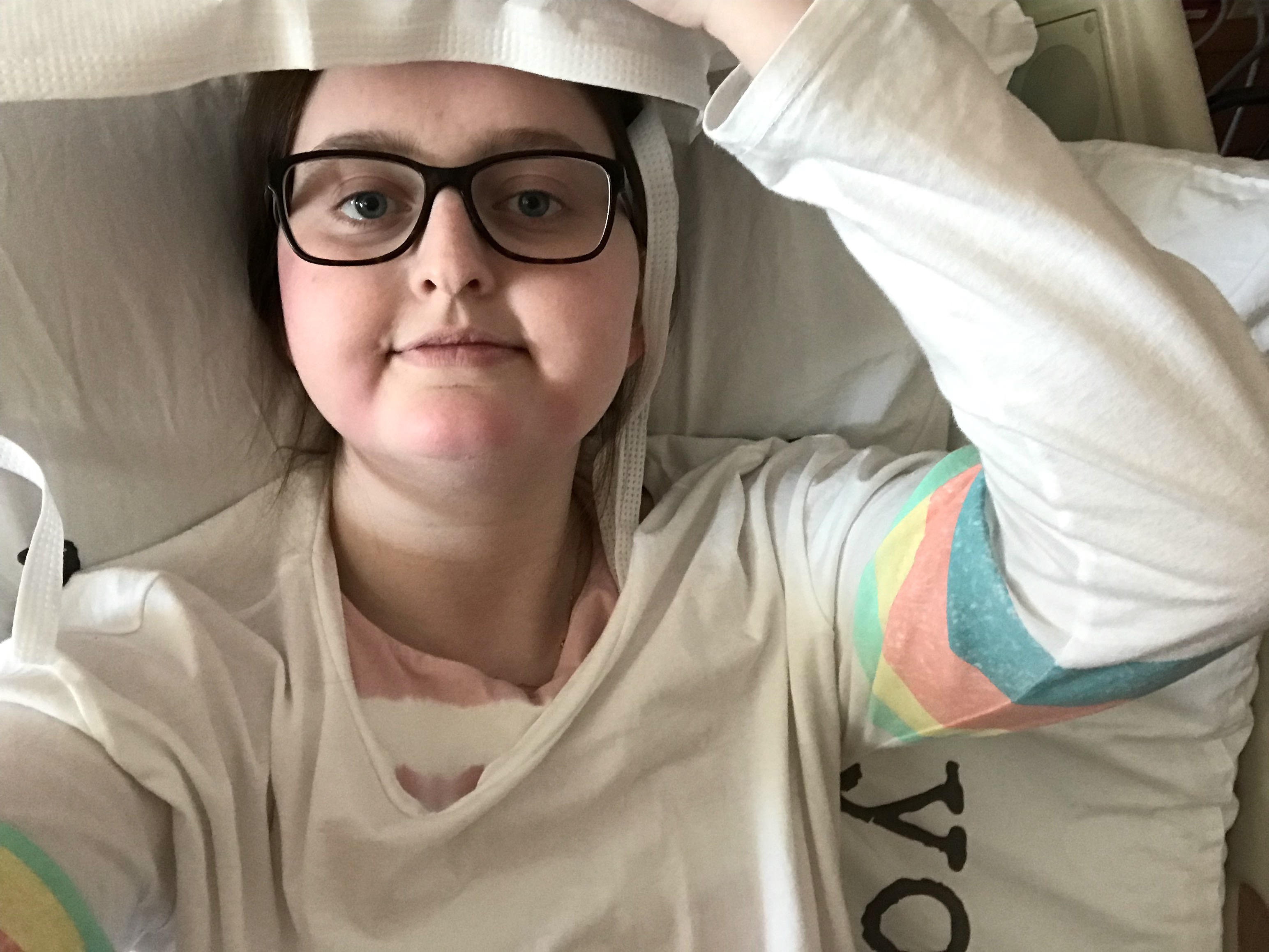 In the summer of 2016 my life saw the walls of a hospital room for over a 100 days, a result of stays that lasted from July through September. It was the first time I was informed of being in intestinal failure. It was when we learned of genetic mutations that meant we were dealing with a future without documented medical experience. A path that may remain unknown. I had my first tube carved into my abdomen. It was the time I had my first ileostomy, and had to learn how to cope with my intestine being brought to my abdominal surface. It was a summer of learning that to survive, I had to deal with the punches and move on.

In the summer of 2017 I was admitted in June and then ended up spending over 40 days in the hospital starting in August. By the end of that stay, in September, I had been moved down to the ICU and was recovering from being medically sedated. My medical team had expanded with the addition of palliative care. They had been watching carefully from the off skirts, and realized it was time to step in. While people often view palliative care as end of life treatment, for pediatrics and certain chronically ill patients, it acts as a way to allow patients to live their life as fully as possible. For me, ever since that summer, Palliative care has allowed us to make more informed decisions about treatments, surgeries, and more. They also came in and managed my pain that summer, after it became severely intolerable. Since then they have worked hard to try and reduce my pain to allow me to stay out of the hospital and be able to continue with school.

Since my health became more fragile, summers have had a track record of being full of hospitals and procedures. Each summer I have gone into it with hopes of a fresh start, a summer of no hospitals, of fun outings, and completing summer bucket lists. This summer I had those same hopes, but even more so because I have just wanted a summer of fun for a long time.

The beginning of June was when I worked incredibly hard to finish my school year the week of June 10th. While it was after school ended for the other students, I was grateful to finish it as the week earlier I had been too ill. I was able to joyfully celebrate my youngest sister’s birthday, Simone and her golden 12th birthday! Seeing her grow older has been such an honor… she has infectious joy and positivity that exudes constantly. I was extremely grateful to celebrate my birthday on the 15th. I have learned that turning older is a privilege. Turning 19 was something we thought would not happen many times… we celebrated it with a day with the people I love, and then we had small tears of gratitude: I made it another year.

The week after that I was immediately admitted to begin my third round of IVIG. As the infusion continued, I began getting ill. Body aches, fatigue, migraines, headaches, joint pain, hair loss, worsening GI issues. Once discharged I was not worried as I assumed I would feel better soon. Unfortunately ever since that round it has been our sole focus to simply keep me afloat. I immediately saw the changes in my lifestyle… leaving the house rarely, having no energy, too dizzy to stand for normal periods of time, constant headaches. As July came up, so did the next challenge to face. In order to try and decipher what to do next, the medical team decided a path forward would require repeating my manometery studies.

The manometery studies are a set of specialized motility tests. Only a few centers in the nation do them. I am fortunate to have been evaluated at two centers, and have had the antroduodenal study (stomach and small intestine) twice along with the colonic manometery (colon)  and rectal motility tests. My most recent tests were in the summer of 2016 and confirmed my diseases of my GI tract. These tests are extremely invasive and have left me with traumatized memories… to hear it was happening again brought tears to my eyes. I normally do not cry in rounds, but that day I did, and the tears flowed. Part of this study is making sure certain medications are out of your system. Despite concerns from the pain team, the doctor conducting the study would not budge: all pain and symptom relief medications must be weaned for the testing to get a proper study. That meant July 2nd began what will be a 24 day wean of every pain medication, leaving my system totally empty for an entire week before the study. On August 2nd I will have the testing performed.

At first the wean went well and was tolerable. As time went on, I woke up one morning with anxiety, restless legs, muscle jerking, shaking, racing thoughts, a severe headache, and emotions and a personality that is not my normal. My stoic self flew out of the window, and remaining is a mind I do not recognize. After contacting my palliative doctor we confirmed their worries: I have been enduring withdrawal as a result of them needing to wean things quickly for the testing.

My physical body is now struggling with adjusting to things… my lack of sleep has increased with most of the nights being spent consumed by anxiety, and trying to combat the belly pain that makes it painful to even breathe. I constantly am shaking my legs or feet to try and get rid of the “crawling out of my skin” sensation along with trying to cope with the pain consuming my gut. Anxiety is something that is honestly foreign to me. I have battled sadness from these diseases, but never felt anxious. To go from being stoic and reserved, to anxious and frenetic has been painful to endure. The hard part to accept is that it will take through August, to stop the withdrawal, and to reset my pain receptors.

With all of this, I say: Hello. Hello… hello again to the page that was created with the hope of uniting with others to find peace through whatever battles life brings to people. The page that was fueled with a drive to raise awareness for medically complex patients in hopes of making changes for the better. The page where the emotions and thoughts flow and evolve. This page, and social media platforms, have been left silent or with posts not describing reality. This reality is something that has caused me to simply focus on staying afloat, not being flooded with the water of life. Its made me become quiet and combatting the anxieties in my head, along with trying to keep my fragile physical body going with countless medications and treatments. However, I return. And I return with a warm hello and my best wishes. It is really hard, but I am trying to learn sometimes it is okay if everything I put out is not purely positive. After all I remember feeling so lonely at the start of my journey and realizing I never wanted anyone to feel similar feeling. I began posting my writings due to that very motivation… Life can have its lows, and that is okay. It is okay because after every valley comes a mountain, and a mountain has a peak with a view of pure magic. So, hello, I have been dealing with a summer of trying to stay afloat, but there is nothing else I would rather be doing than giving it my best to ensure all of my fighting goes towards a future lifetime of precious memories. The future and tomorrow is always worth the sorrows of today. Staying afloat, that is what I am doing, staying afloat.