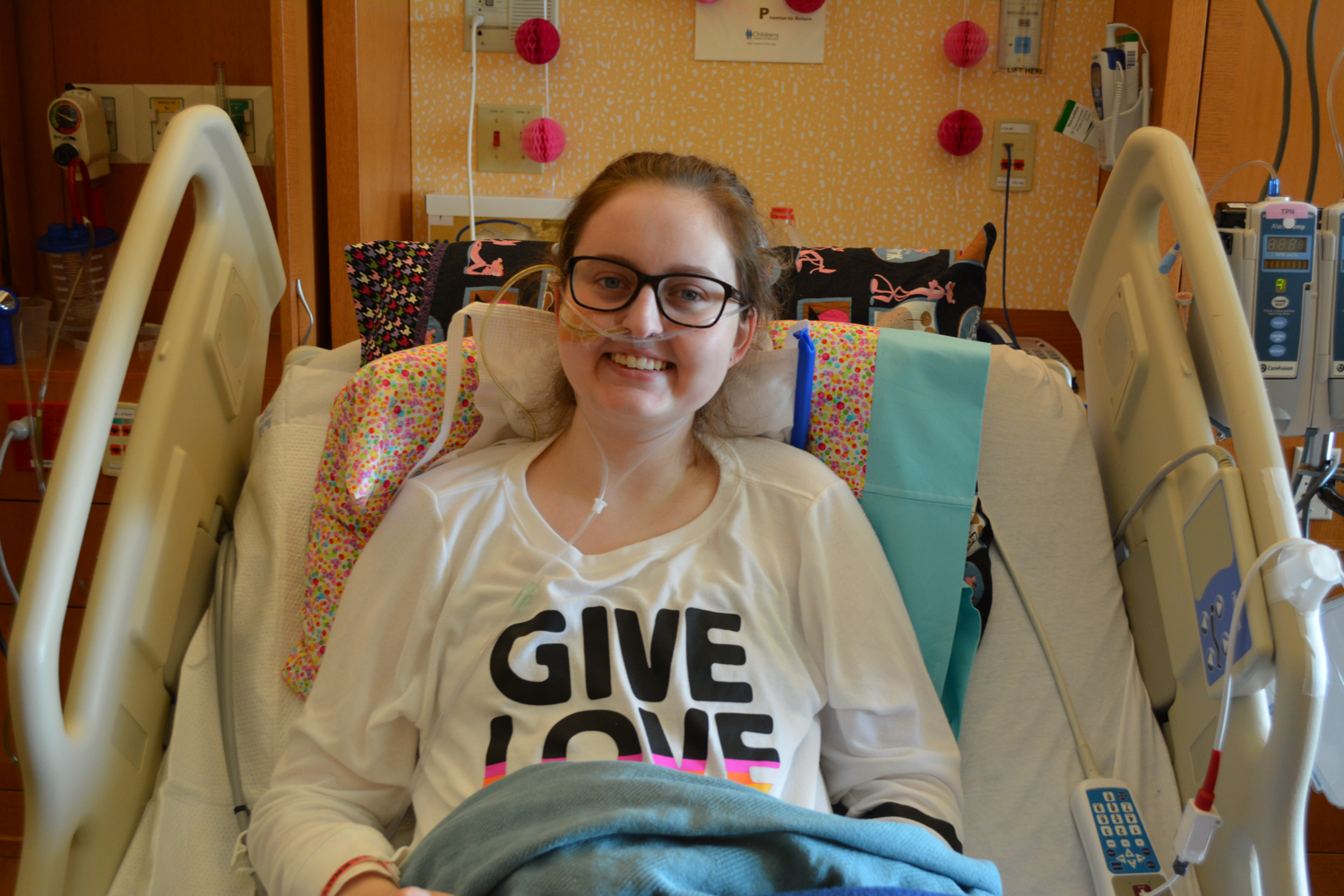 Goodbye August… August came with 31 days of tears, laughter, fear, joy, anguish, hope, devastation, and countless emotions. August came with an unexpected turn in my health journey. After weeks of being in crippling pain and discomfort at home, on August 5th I was admitted to Children’s Hospital of Wisconsin. That admission, without knowing it at the time, signed away the entire month to the all-too familiar yellow walls of the inpatient rooms at CHOW. My Chronic Intestinal Pseudo Obstruction declared itself to want to be known and heard as it created havoc inside of me. It led to the journey of multiple trials and errors. After a celiac plexus block, ileostomy surgical interventions, and a GJ exchange, the surgical chapter of August became finished as we had no options left. I tried cutting over half of my medications, even though I am now not absorbing the full quantity of my enteral medications, as volume has become a big issue. I spent weeks hooked up to constant low intermittent suction through an NG tube, as needing to be decompressed was such an important key to keeping me on lower doses of narcotics. After the majority of the month passed, I was transferred to the ICU unit to begin aggressive attacks against my state of health.

I was put on a Precedex drip, being that Precedex is used to sedate patients. The hope was that by putting me into a medically induced “sedated” state I would be able to get some rest and try to reset my pain receptors. The combination of the Precedex drip, Ketamine drip, Morphine doses, Benadryl doses, and Methadone doses lead to complete misery. We had to stop the Precedex and acknowledge it as a total failure as it lead to severe bradycardia and a resting heart rate of 36. As a result of the immense rounds of heavy medications I spent days hallucinating and being so confused. It was one of my lowest moments… I did not know where I was, what was going on, or what day it was. As I was weaned off of the Precedex I was left with an unmanageable sleep schedule. I could no longer sleep during the night but sporadically as I was so used to being in this constantly sedated state. The mental anguish from not having control or a sense of knowledge was truly a horrific experience. I cannot thank my friends and family enough for standing by my side through that period. They endured multiple hazy text messages as I was so confused, and comforted me by reminding me constantly that I was going to be okay. Once I was finally pulled off of the Ketamine drip, I was able to regain pieces of myself again. Those days of finding clarity were some of the most grateful days I have ever experienced. It is such a gift to simply have the power to think. Slowly but surely my smile came back, and my ability to laugh came after that.

When we realized we had no options left it became clear something had to be done. My motility was completely gone, and I was not in a good state of health at all. I had become de-conditioned and weak from spending weeks in bed with pain. The months of intense dedication to physical therapy had been reversed and I was back to working on being able to walk for short distances with my walker again, just trying to keep myself upright with proper posture. I had just gotten off of supplemental oxygen for ease of breathing with my distention. I was really struggling. I had to mentally adapt to this disease progression that could no longer be treated. I had to realize that I had yet another nasal tube that was placed inside of me, and I was reliant on it again. It led to flashbacks of the fall of 2015 when I was first diagnosed with just gastroparesis. I had an NJ tube for 110 days. Severe gastroparesis is a beast of a disease as patients with the ultimate cases are not able to eat at all. Having the joy of food taken away is something I will never be able to forget each moment of the day. Now I was dealing with getting used to an NG tube that was used for suction and constant decompression in hopes of easing my symptoms and reducing the need for pain medications. My mind was also filled with the deja vu of last summer when I spent about 90 days inpatient. The reality of my situation was overwhelming.

Things turned around though. Things turned around because I had an incredible doctor that took charge to give me what my heart and soul really needed. Dr. Humphrey is my palliative care doctor. Many people hear “palliative” and think “end of life”, or “giving up”. All of those thoughts are the absolute opposite of the truth. The core of palliative care is to provide the best quality of life for patients with debilitating and incurable diseases. This form of medicine provides comfort while a patient continues to battle for progress. Dr. Humphrey used his expertise to find a pain management plan that would keep things at a steady level. He assisted in the careful measurements that led to my current regimen of IV Methadone with a pre-dose of Benadryl twice a day, IV Morphine PRN, and IV Ketamine as a last resort. As my body adjusted to this regiment we were able to attack my ultimate goal: home. All of August was spent inside sterile rooms with overwhelming reminders of reality. I was more than ready to discuss home and the dream of being with those I love. My palliative care team became my biggest advocate. If it was not for them, I would still be inpatient. They acknowledged that yes, I am very sick and could be kept in the hospital for many more weeks; or that I am very sick but could be given the opportunity to be very sick and at home! They turned our focus into that beautiful word: home. The biggest challenge we had to face was that we could not find a low intermittent gastric suction pump anywhere. That pump was what I was hooked up to almost 24/7 in the hospital. It helped to provide so much relief. Sadly, we were not able to locate a pump. While we continue to search for one, it has been a massive challenge. The pump was something that helped me to gain back some of my quality of life. Needless to say, palliative care and Dr. Humphrey became our biggest sources of hope and joy. Each day he or Dr. Atwood would visit us. They brought light into my world by asking me about what truly matters: my family. They would ask how my sisters were or what movies I was planning on watching. They knew that the ultimate power of healing does not rest in medicine, but in compassion for the human soul. They were my voice of reasoning, my voice that lead me back home. For those things and countless others, I will forever cherish the team that allowed me to break free from the hospital.

Once the 31st of August came around, I was given the green light to begin the process of being discharged. Dr. Humphrey helped us develope a plan with a big goal of eventually weaning off of the NG tube and coming off of all of my narcotics once the worst of this road is over. After hours of tedious planning and meticulous thoughts, on September 1st, I walked out of Children’s Hospital of Wisconsin and I got to feel the air on my face for the first time in over a month. I was a free girl. Those steps outside brought all of my senses alive as I closed my eyes and finally felt the cool air tickle on my face. It was the moment that I climbed into the car and saw the hospital become a background image that I knew I could finally say “Goodbye August”.

Being able to come home was a joyous finale to a horrendous month. I can now work to gain back parts of my life. I can begin to work on a plan for my upcoming, and very busy, school year. I can finally look ahead to seeing my sisters, friends, and family each and every single day. Home is my safe haven. It’s where I can be given the chance to thrive even in a broken body. I struggle with being on so many heavy medications and the fog they bring… no longer able to drive a car due to it. I keep my eyes looking forward though, already celebrating the day I no longer need such pain control. I remind myself it is these medications that allow me to enjoy being home.

And now I say with joy and an attitude of hope: Hello September,