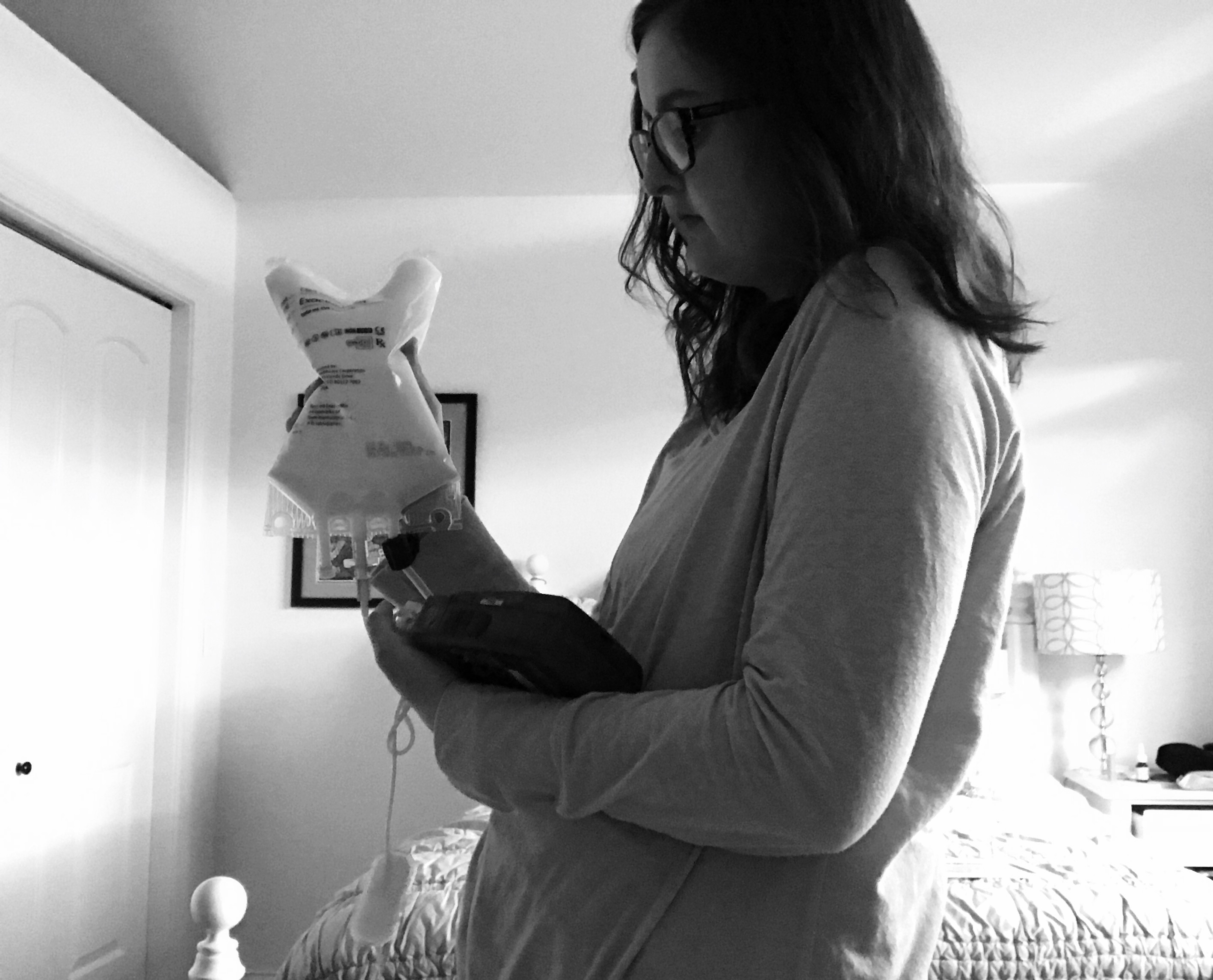 I have been kept alive now for 16 months through TPN. TPN stands for Total Parental Nutrition. It is a solution of nutrients and vitamins that are infused into my vascular system every night over 12 hours. It completely bypasses my digestive system. This is how I am given the nutrients needed to function, get stronger, and to survive. TPN has its downfalls though. You have difficulties with hair texture, skin issues, fluid overload, feeling hungry, uncontrollable weight fluctuations and more… Intestinal Failure Associated Liver Disease (IFALD) is every TPN dependent patient’s worst fear. Yes there are vanity issues, however, the biggest downfall is the impact of lipids on your organs. TPN also comes along with lipids. Lipids are an essential part of everyone’s diet as they prevent Fatty Acid Deficiency, which leads to hair loss and scaly skin. I had been receiving intralipids for 15 months. However at the beginning of May my liver enzymes began to elevate. This is because while TPN keeps me alive and is vital, it also damages the liver over time leading to cirrhosis and the need for liver transplants in severe cases. My ALT enzyme in May continued to rise despite my teams efforts to decrease the time I was on TPN, as I was needing 24 hour TPN due to the recovery from a surgery I had just had. Once we cycled it down, the ALT levels of my liver still continued to rise. Needless to say, we were all worried about what to do at that point.

This time period however led me to seeing why we need more research and treatments for diseases. The research experts have been doing led to the creation of SMOF lipids. These lipids were approved by the FDA for patients 16 and older. However since I go to such a miraculous hospital, Children’s Hospital of Wisconsin started trialing them on children months ago. A precious little boy made an everlasting impact on this world by being their first patient to be on SMOF lipids. He showed its uses in his short time on earth before he became an angel shining above us. SMOF lipids are composed of four oils in total! They have 30% soybean oil, 15% fish oil, 25% olive oil, and 30% medium-chain triglycerides. I received my first dose of SMOF lipids in early May, and these lipids have led me to finally have baseline liver enzymes. I am so fortunate to get these lipids.

It is my hope going forward that soon SMOF lipids will be allowed to anyone who needs them… This is just one brief example of the millions of reasons why we need more research and a cure for Gastrointestinal diseases. Any severe GI disease can lead to the need of TPN. One of my doctors told me she hopes one day we will have TPN that can keep our bodies thriving for at least 20 years and more… That day is coming, but until then we must continue to raise awareness in hopes that the solutions are near.

Sincerely from a SMOF advocate,